Solutions for hive health and against bee mortality.
The disappearance of bees is for others !.
Dieback is not inevitable !?
There are solutions. Easy, fast and efficient. 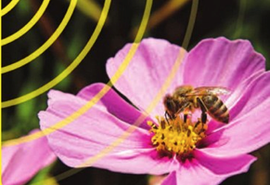 Electroculture Solutions Bee Waves and Magnets
Indeed, solutions exist. the decline of hives is not inevitable. However, it is important to put aside a lot of prejudices and dare to test new techniques. For example, the use of magnets to improve the magnetic field of the hive for the benefit of bee health. However, it is still sad to note that many beekeepers persist in mistrust, not to believe without testing for themselves the positive results they can obtain on their hives. During this time their hives continue to deteriorate unfortunately victim of pesticides and pollutions of electromagnetic waves or victim of the ignorance of the beekeeper? Sometimes we can ask ourselves questions.The world of beekeeping, like the world of agriculture, is a very conservative world, where innovations die hard and prejudices, even and often false, are perceived as safe values.
Excerpts from conversations and articles assembled by Yannick Van Doorne, 20-05-2010.
Here are some innovations which several beekeepers have shown me with surprising and positive results.
Solution 1: A Copper Wire at the entrance of the hives
against parasites, Varroa and bacterial diseases.
A beekeeper from Brittany called me in April 2010 and told me; “You know against Varroa, there are simple solutions, since I put a copper wire at the entrance of the hive, I no longer have any problem with this disease”.
“How do you do” I asked him, he answers; “I just put a bare electrical copper wire on the floor running the length of the entrance to the hive, so the bees are forced to go over it, this probably carries copper ions with them and the Varroa doesn’t like not that ”
You can use any simple copper wire you find for electricity.
Try and share your results! If it’s so simple, what are we waiting for, why deny it?
Below: Entrance photos of beehives that are not yet equipped. You just need to add a bare copper wire to the entrance floor as in the photo. Thus the bees will carry a few copper ions with each passage over the wire., this will help protect your hive. Each year you spent with sandpaper on the wire to remove oxidation and clean it for it to regain its full effectiveness. Copper is known as a natural bactericide and fungicide and is an important trace element for the metabolism of bees.
Below: Video testimony of a beekeeper who followed the advice for treating these hives with electroculture techniques using copper wire and small ferrite magnets on the hive.
noopener noreferrer” data-original-title=”” data-iframely-checked=”1″> 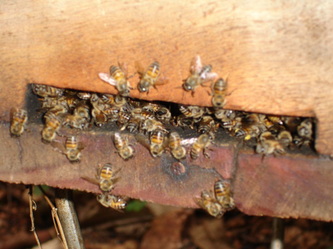 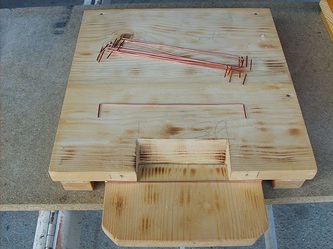 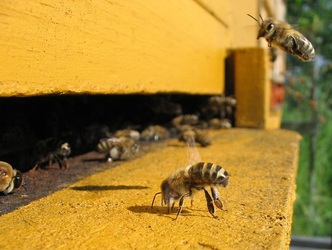 Solution 2: Magnets to save the hives 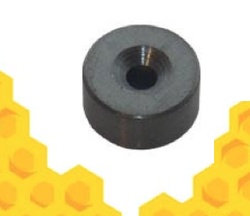